Camping in BC - visiting Grizzly Falls

Camping in BC - visiting Grizzly Falls

On our way to see Grizzly Falls in the Nahatlatch Provincial Park in British Columbia we spotted a big, furry, brown bear by the side of the river. Thankfully, we were up high enough that Jay felt comfortable getting out of the truck to film it. This was the first time either of us had seen a grizzly bear and we couldn’t have been more excited. What were the odds that we would see a grizzly bear on our way to Grizzly Falls!? 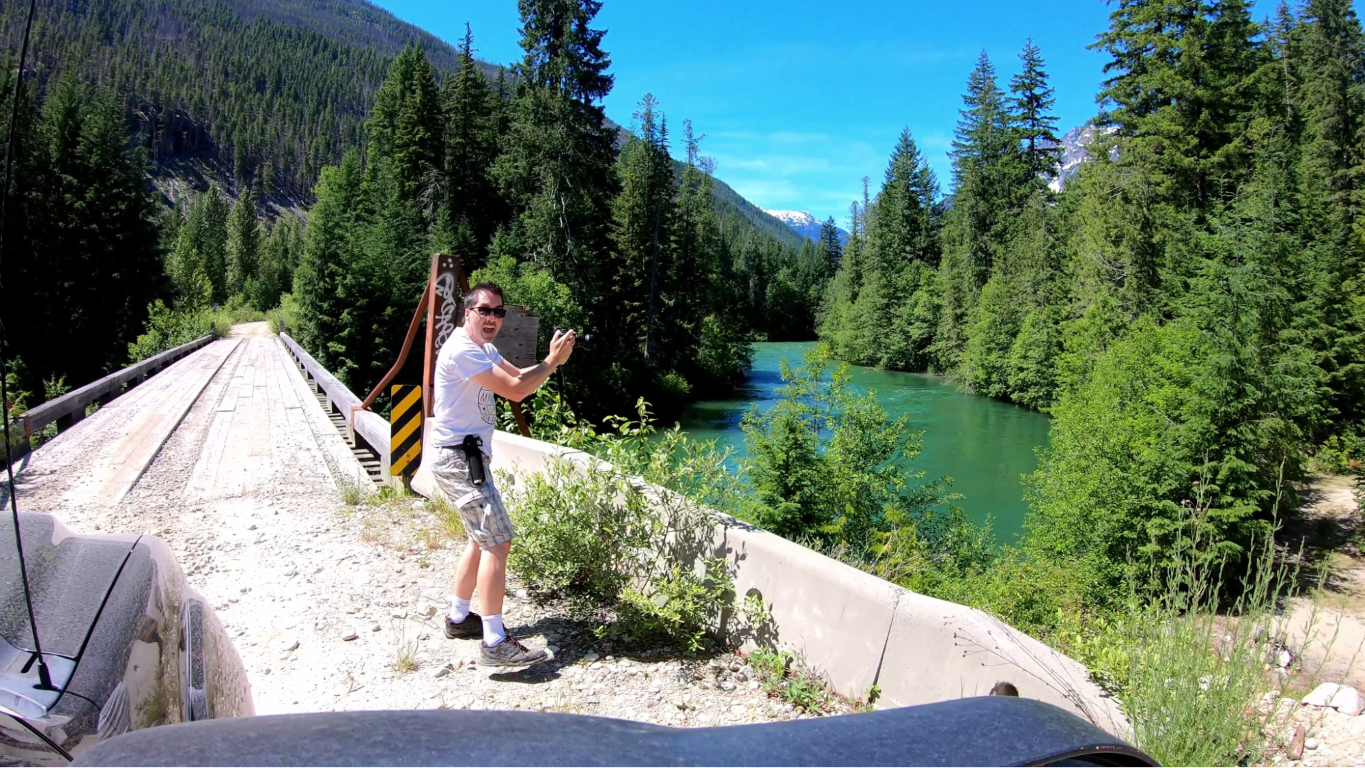 On top of that the bear looked to be a bit small and we figured the mother bear must be close by. Realizing this, I (Mel) looked around for mama bear and instead spotted some campers on the other side of the road cooking up their breakfast. “Oh no” is exactly what went through my mind. I had visions of bears tearing through their camp, taking swipes at anyone in range with their giant clawed paws as they devoured their scavenged diner-style meal. We had to warn them, so I asked Jay to call over to them. It was springtime after all and these bears were hungry after a long winter of hibernation.

As Jay explained to them that their lives could be in grave danger the Mr was smiling and casually asked if the bear we were looking at was the small brown one. He appeared way too calm for a man who was camping right next to a grizzly bear cub with a mama bear hiding who knows where. “Oh yeah,” he said, “that’s a brown black bear. We call them cinnamon bears” he said…”there’s a big black one further up the road if you want to see that one” he added. 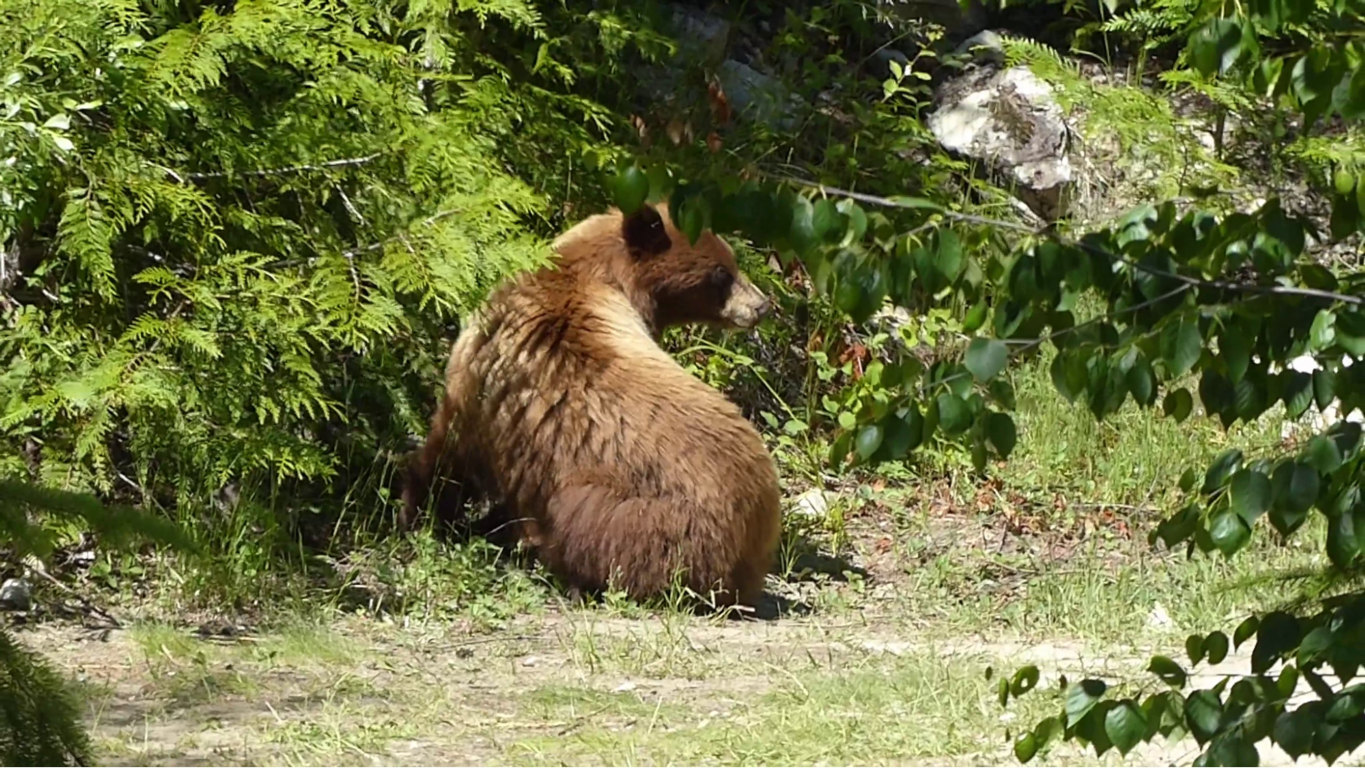 Well didn’t we just feel a bit silly! Although, quite relieved we were in no danger of being eaten by grizzly bears.

The falls, now, were nothing short of spectacular. There was so much water cascading down in multiple directions and blowing mist all over the vicinity that we were in no doubt of the power of this beautiful waterfall. 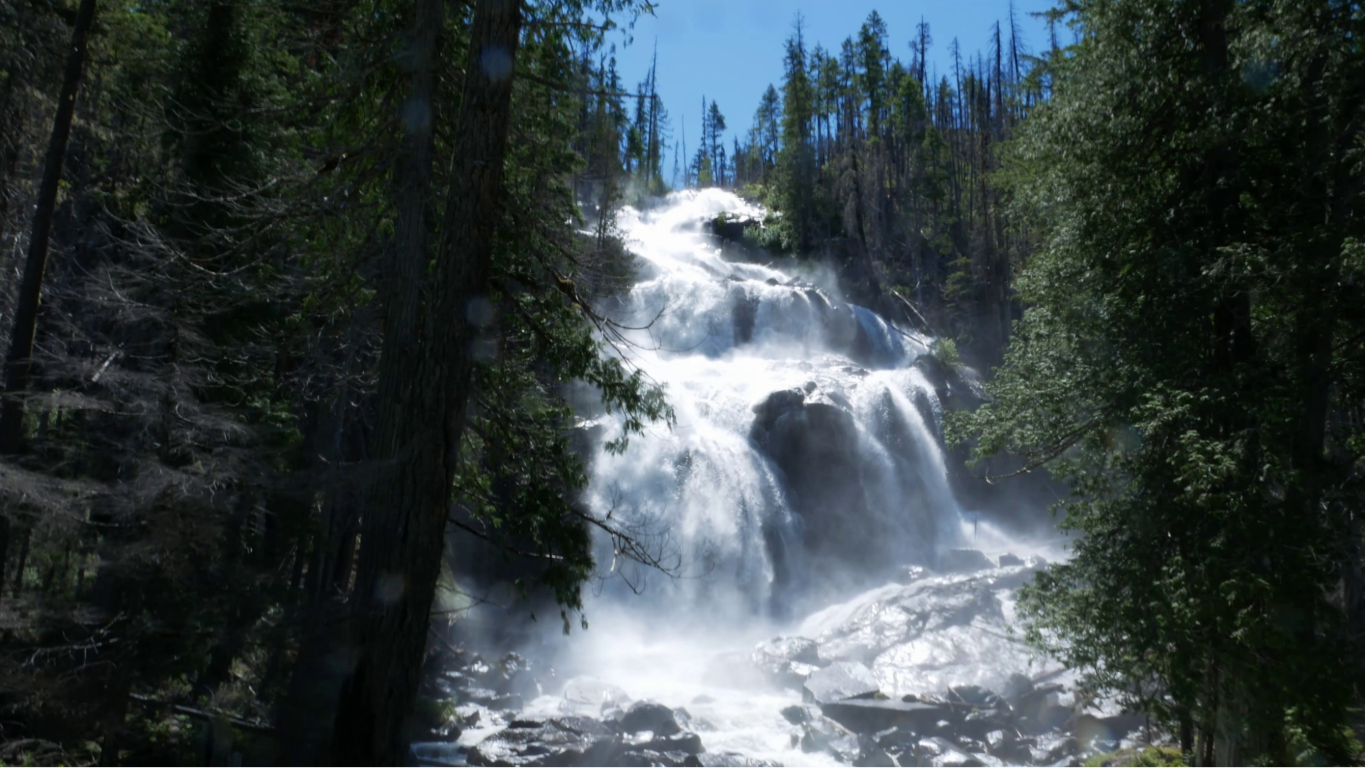 We’ve been to Niagara Falls in Ontario, Canada, and we’ve seen a lot of other waterfalls, but very few got us as excited as this one. Perhaps it was because we had no idea what to expect or maybe it was because of how close we could get to it, but whatever it was Grizzly Falls in the Nahatlatch Provincial Park made us smile ear to ear.