How we lost our drone...And got it back again

How we lost our drone...And got it back again

We love getting our drone up to see the world around us whenever we can. It offers a different perspective that we would otherwise not get to enjoy or share with our Home A Roam viewers on YouTube. It’s like having a tiny helicopter wherever you go without the need for airports, extensive training, or motion-sickness remedies (if you’re like Mel). 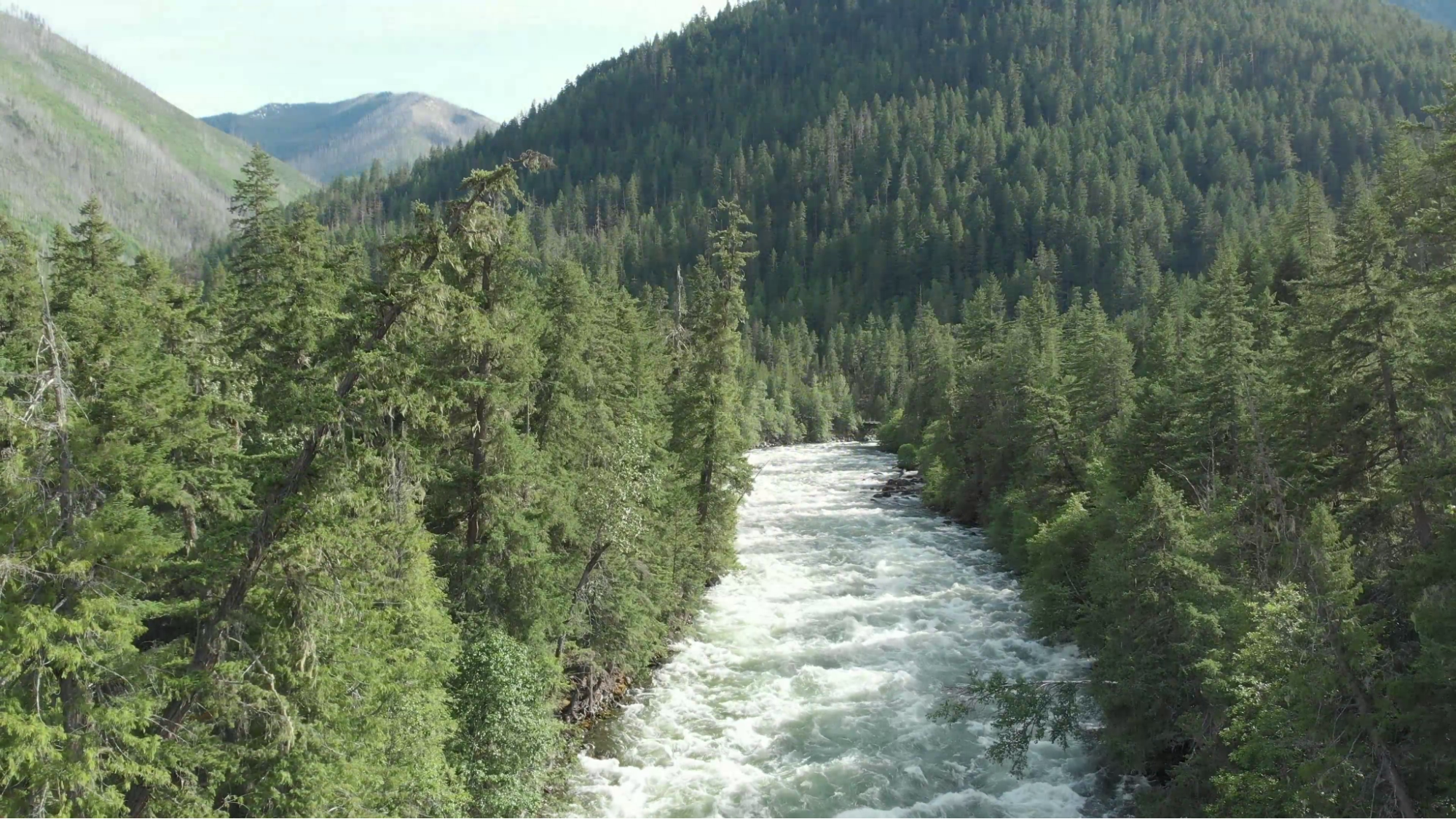 It was our intention to capture some amazing footage of the raging Nahatlatch river this spring while these class four rapids were running at their best. Although we did get a few great shots, what really ended up happening was us learning three valuable lessons about flying a drone. Shortly after take-off we lost sight of the drone. The river was so loud that we couldn’t hear it. The forest was so thick that it couldn’t see us or even our campsite. On top of that there were some higher level winds that were making it drift. With only a road and river as landmarks we had to figure out how we would get our drone back to safety before the battery drained.

This was the first mistake we made. The DJI Mavic Air has this amazing feature that will lock in a GPS signal from its launch point so that if the battery runs too low or if you lose sight of it, you can tap a homing button and it will return to it’s take-off sight.

We were launching the drone from the river’s edge and thought we had a good GPS lock, but the thick forest canopy overhead did not allow for a good lock once the drone was above it. It was basically impossible for the drone to come back down to its point of origin because of the obstacles (i.e the trees) in its way. How did we get it up there in the first place? Keep reading. 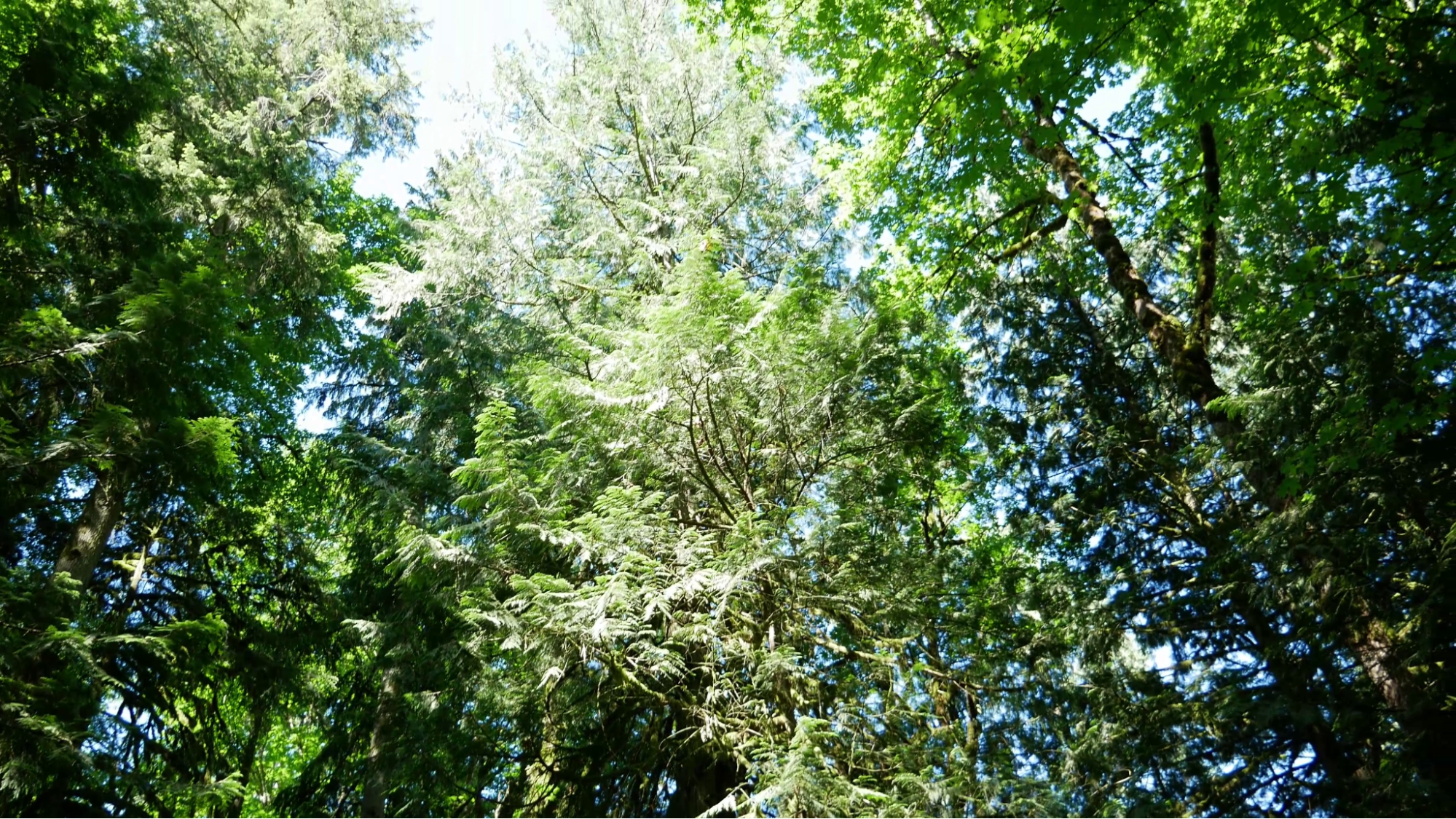 We often use the sound of the drone to be able to hone in on where it is when we fly it further away from us. At a distance it can be harder to keep an eye on because it’s so small, but the sound really helps us keep track of it if we lose focus for a second.

In this instance, we were flying right next to a raging river that drowned out all sound the drone makes. When we lost sight of it we couldn’t get a sense for it’s position, especially since it was drifting in the wind. 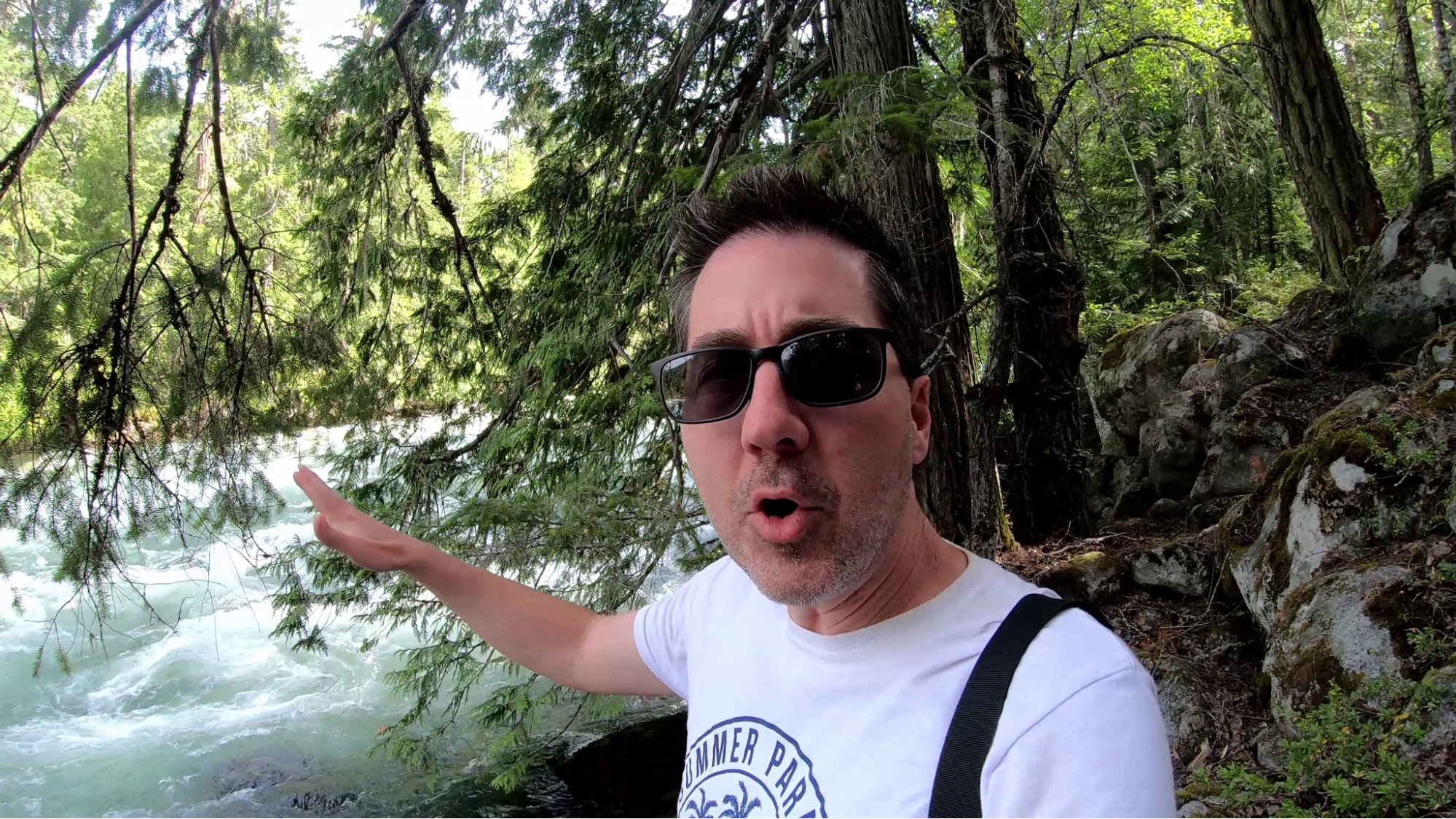 We were flying in a heavily wooded area and even had to navigate through some branches before the drone could get to altitude. This turned out to be a very risky move that did not pay off for us in the end. Not only did it interfere with our GPS lock on the drone, the tree branches were major obstacles that limited the drone’s movement. They were also visual blockers for us which became very apparent right after the drone cleared them and we couldn’t see it very well. 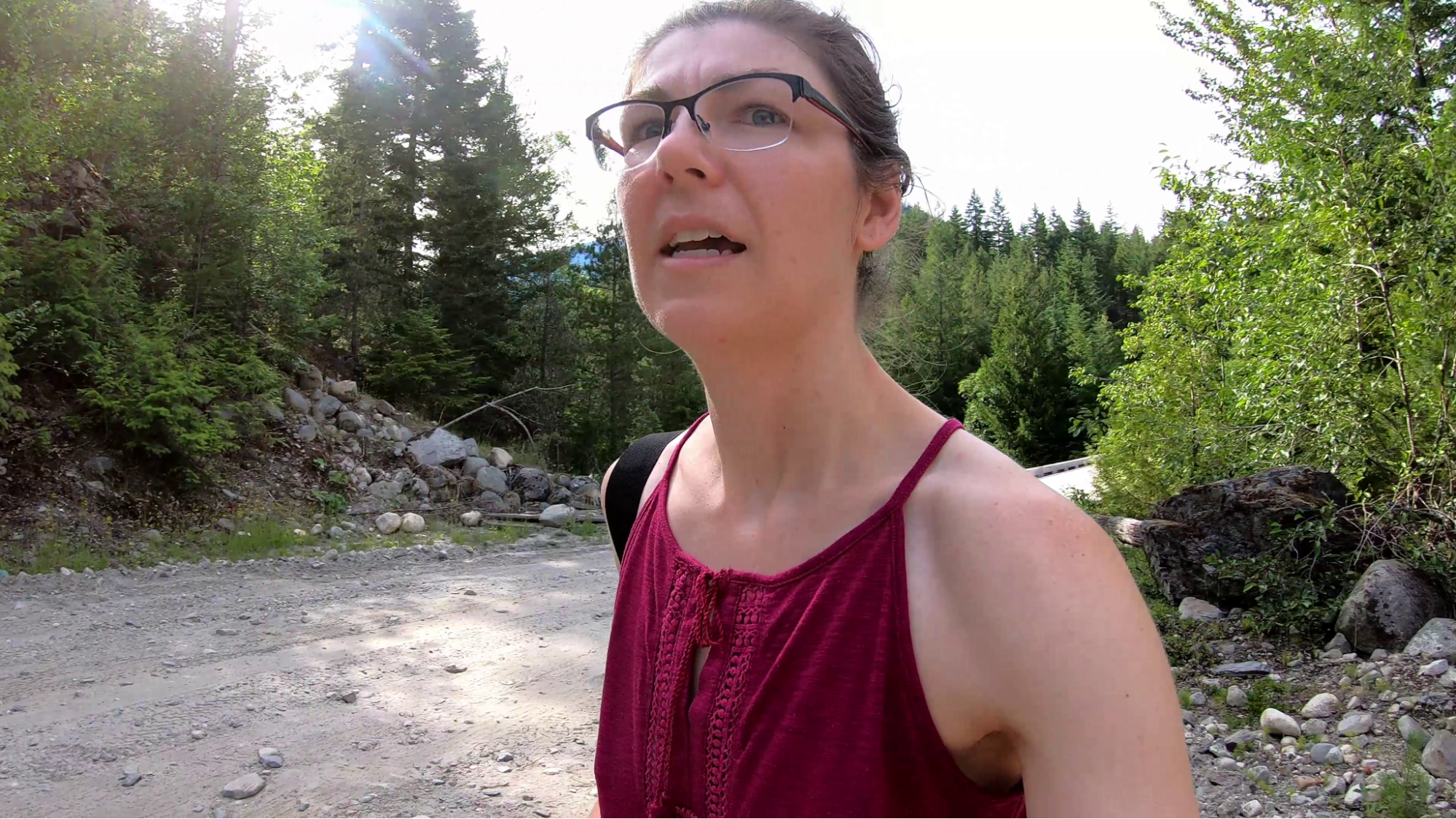 How we got it back 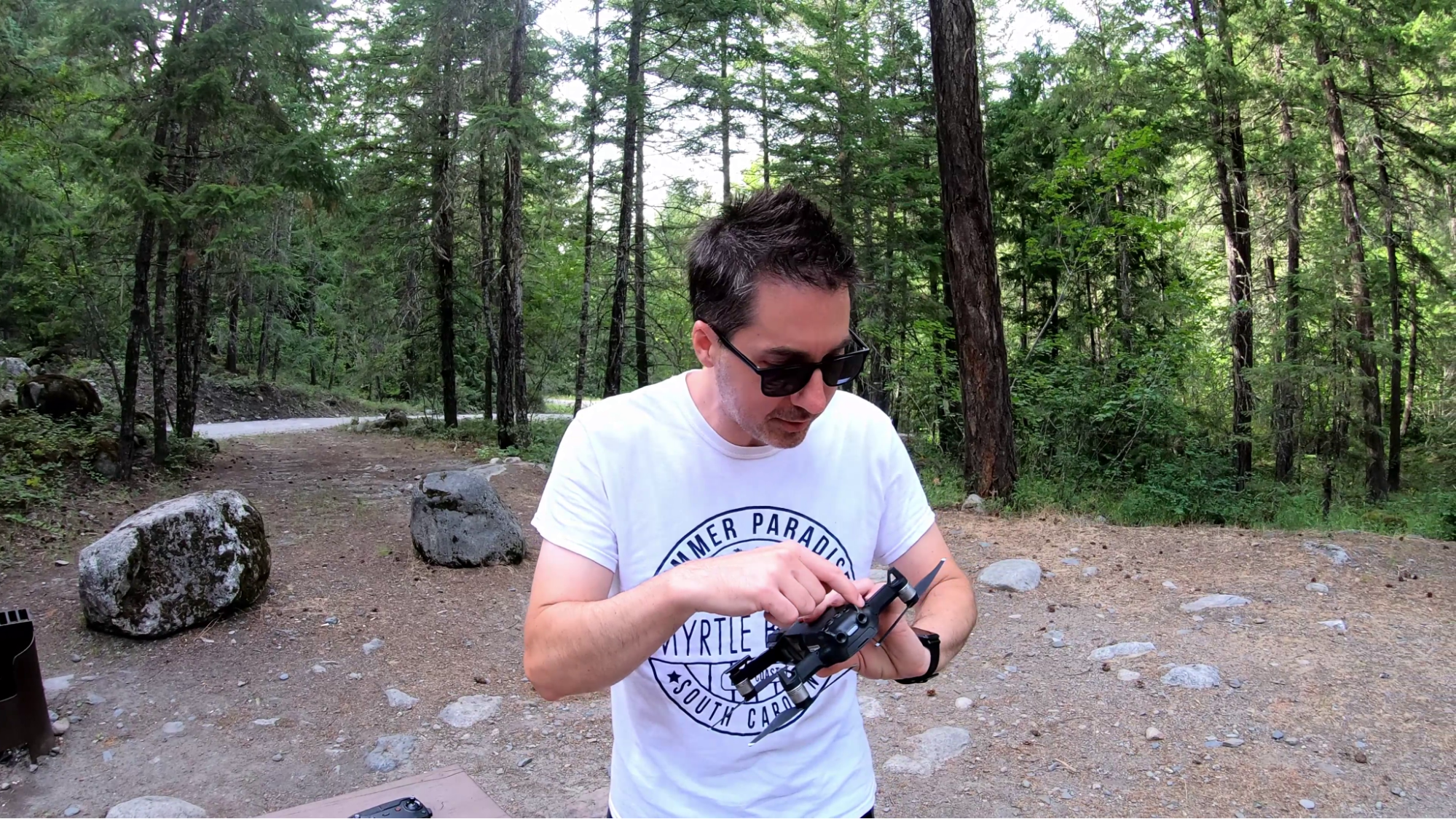 Let’s recap the situation. We lost direct line of sight with our drone, it was drifting in the wind, the only landmarks around were a winding gravel road and the river, and the battery was draining. My (Mel) biggest fear was the drone falling into the river because I knew we would never get it back if it did. A little quick thinking and Jay maneuvered the drone to the road and started looking for some kind of identifying feature that we could land it near. With the battery level getting lower, we were running out of time, but thankfully he spotted a road sign indicating an upcoming bridge. The next step was to land it far enough to the side of the road that it would be out of danger of passing vehicles. Once landed, we split up in opposite directions to follow the road to all of the bridge crossing signs we could until we found it. Our video this week picks up on that search and recovery mission and I am thankful to say that it was a successful mission that resulted in minimal damage to the drone.